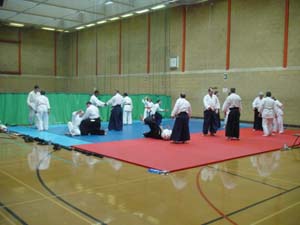 AN AIKIKAI AIKIDO DOJO UNDER THE DIRECTION OF KOBAYASHI DOJOS, JAPAN.

Ten Chi Kan means place of heaven and earth, a name given to the dojo by Kobayashi Yasuo Sensei. Tenchikan Dojo Bristol practices Aikikai Aikido and is a member of the British Aikido Board, the official governing body of UK Aikido.

Through our close relationship to Kobayashi dojos we hold annual Yudansha black belt examinations presided over by Kobayashi Hiroaki Shihan.

These examinations are then registered at Aikikai Hombu Dojo in Tokyo, Japan and certificates signed by Doshu the grandson of the founder of Aikido Ueshiba Moriteru.

Tenchikan Dojo is based in St George, Bristol and has classes every Monday & Thursday evening.

Each practice endeavours to keep as to the style and content of the classes at Kobayashi Dojos in Japan.

WHAT CAN YOU EXPECT AT AN AIKIDO CLASS AT TENCHIKAN DOJO.

The dojo follows the same teaching structure as Kobayashi dojos, Japan; and builds on strong basics which are the foundation of any martial art.

The Aikido class is split into 6 parts that form the basic Kobayashi teaching style, these are:-
​​​​​​​

FIND OUT MORE ABOUT THE INSTRUCTOR.

Jeff started Aikido back in 1995 whilst at University.
Already with a background in Judo during his younger years he took to Aikido straight away.
During his degree he not only studied Aikido but also Wing Chun Kung Fu and Judo. But Aikido was his main focus.

Upon graduation Jeff moved to London and continued his Aikido study.  It was at this time he first encountered Hiroaki Kobayashi.  After this experience Jeff's passion for Aikido grew.

In 2001 Jeff fulfilled his ambition of travelling to Japan to study Aikido.  He spent three months as a live-in student known as an uchi-deshi in Japanese.  This immersive experience consisted of living and sleeping in the dojo and practicing Aikido everyday plus many dojo chores. However he enjoyed this experience so much he returned a couple more times over the years and in 2005 took his (nidan) 2nd degree black belt test at (Hombu Dojo) the world Aikido headquarters in Tokyo. 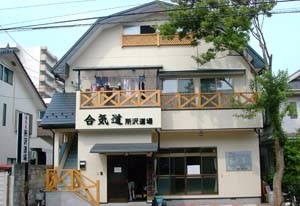 Aikido Kobayashi Dojo is an organization founded by Kobayashi Yasuo dojocyo (head of the dojo) in April 1969 at Gakuen-Higashi-cyo in Kodaira-city. With the ideal of spreading aikido to many, Kobayashi Sensei strives to instruct aikido to many. Also, the uchi deshi (live-in training) program fosters many aikido instructors.

Kobayashi Dojo's activity is not limited to Japan: periodically Instructors are dispatched overseas. Kobayashi Dojos accept trainees from inside and outside of Japan, and arrange Musubi Kikin (a scholarship program for trainees from foreign countries) to support trainees financially.

In 1986, Kobayashi Dojos an award of excellence from the Japan Budo Council at the Budokan. Kobayashi Dojos were the first to receive this awarded as a private organisation.

As of August 2003, Kobayashi Dojos have about 120 affiliated and directly controlled places for training. With Kodaira dojo in the suburb of Tokyo as the center, these places for training spread from Santama, Saitama, Kanagawa, Chiba and other areas.
The countries we periodically dispatch our instructors include the United States, Canada, Argentine, Brazil, Germany, the United Kingdom, Hungary, Poland, Bulgaria, Sweden, Finland, Norway, Iceland, Greece, Iran, South Korea, Taiwan, and Australia. 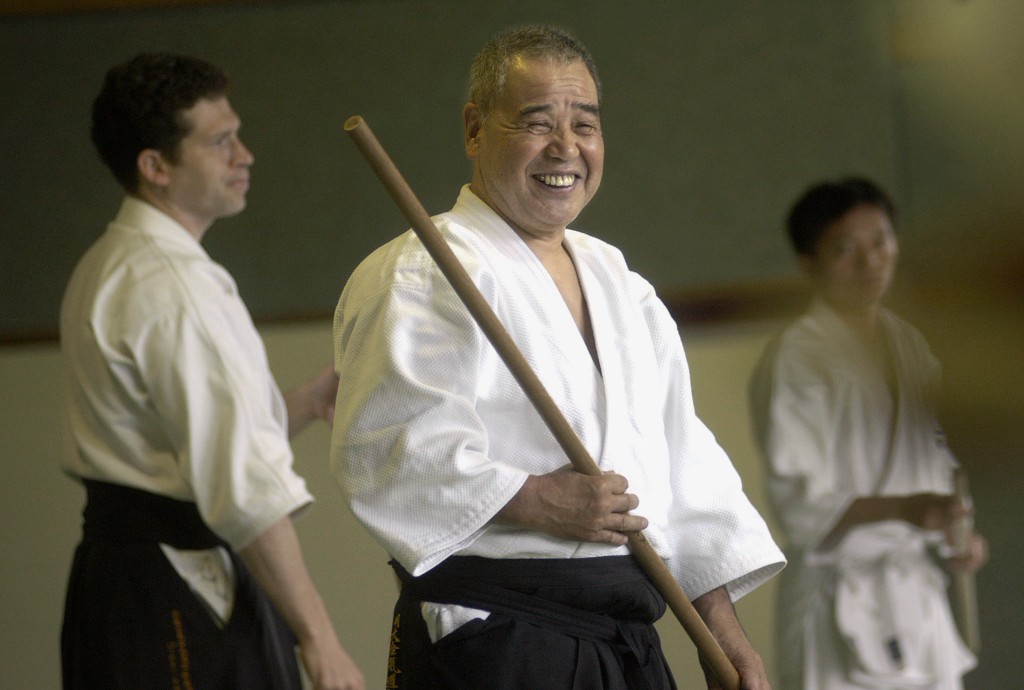 Kobayashi Soshihan (8th Dan Aikikai) started his Aikido career in 1954 whilst at Meiji University.  He entered Hombu dojo in 1955 as an uchi deschi. He continued to train there until 1969 when he established his first dojo in Kodaira, Tokyo.  Kobayashi now consists of around 200 dojos in Japan and is responsible for the Aikido clubs in Meiji University, Saitama and Tokyo Economics University.  He continued to teach in Hombu until 1972 when he opened his second dojo in Tokorozawa.
At that point, he decided to devote his time to Kobayashi dojos. In 1987, Kobayashi dojos received an award of excellence as an organisation from the Nihon Budo Kyogikai and he was also awarded a medal from the Brazilian government in 1988.  Now Kobayashi dojos spans the globe in 15 countries including Taiwan, Finland, Sweden, Canada, USA, Brazil, Argentina and now the United Kingdom.

The ethos behind Kobayashi dojos and the reason behind its success is its family atmosphere.  Kobayashi Sensei says  "I think everyone came to practice because they felt good after coming. In my dojo people don't speak ill or criticise others.  They just try to train hard." Old and young train together and after practice sit together and drink tea and have a good time.

Three times a year Kobayashi dojos conduct examinations in Hombu dojo. The main advantage is its central location in Shinjuku and more importantly, it is the Aikikai headquarters. 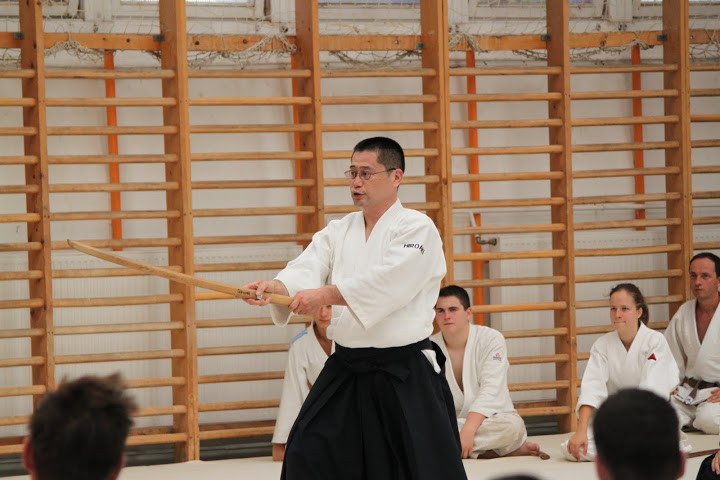 Hiroaki Kobayashi Shihan (7th Dan Aikikai) was born in November 1965 in Tokyo.  He started his Aikido career at a young age under the instruction of his father.  He has also been quite an academic studying Chinese language in Takusoku university in Tokyo.  Followed by International development in graduate school of Kyorin university in Tokyo.  He was also in Taiwan studying Chinese for one year and in Canada and the USA studying English for 13 months.

Hiroaki Sensei teaches all over the world including Indonesia for two years in 1989-91, Poland for six months in 1993, Hungary two times a year (Easter camp and summer camp), and the UK. Also once in Germany, Finland and Sweden.

Now head of Kobayashi dojos, Hiroaki sensei has overal responsibility of the management of the organisation.

We are proud to have Hiroaki sensei leading and developing our Aikido.

4 REASONS TO TRAIN WITH US?

The association Kobayashi dojos United Kingdom is a member of the British Aikido Board which is recognised by Sport England as the official governing body of Aikido in the U.K.

Through annual subcription of the KUK, membership fees help fund seminars with senior instructors from Kobayashi dojos, Japan in addition to the following benefits:-